I've mentioned several times recently that my on-going obsession with tiny houses has re-emerged. Part of that is their adorable-ness, and part of it is the appeal of simplifying life. 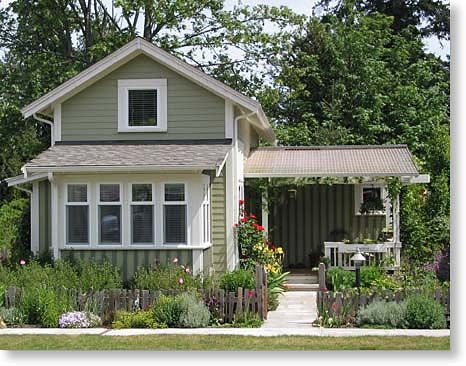 During my own lifetime, there have been various movements that championed aspects of this, and as I think about it, I see more and more times this has cropped up in modern western society.

Walden by Henry David Thoreau
Thoreau's hand-hewed cabin in the woods, with one chair for him and one for a guest, is the original American ideal of the simple, deliberate life. Case in point, his two most famous quotes:


I went to the woods because I wished to live deliberately.

Our life is frittered away by detail. Simplify, simplify.

Sure, he was but a brisk walk from home and town, and had his mom do all his cooking and laundry, but he talked the talk very well and inspired generations to dream of a rustic cabin in the woods.

Back to the Land movement
Some hundred years after Thoreau and the transcendentalists left their Utopias, the hippies started to emulate them.

Mother Earth News and Whole Earth catalogues tried to teach suburban white kids how to be self-sufficient homesteaders. Buckminster Fuller inspired them to build geodesic domes to live in. (I have friends in their early eighties who still live in theirs.) 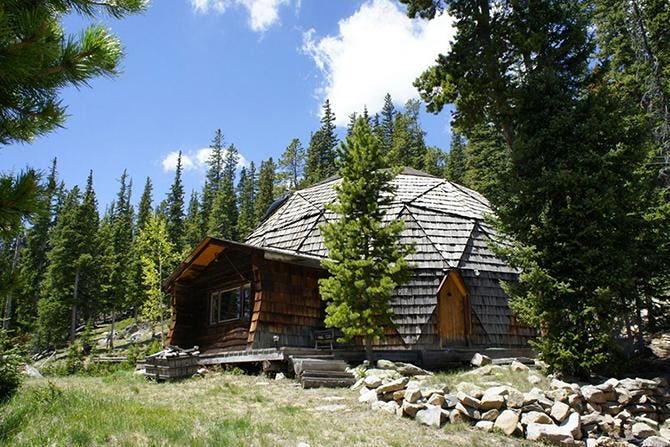 (not my friends' home)


Nature Writing By/For Hermits
Many mid century essayists wrote movingly of their own experience with solitude and simplicity. Some of my favorites are:

These three works were hugely influential on me as a college student in the late 1980s. The dreams they inspired of living a solitary and reflective life in harmony with nature still lurk in my subconscious.

Voluntary Simplicity was the buzzword in the 1990s, a precursor to today's Minimalism. Study groups formed to discuss how to live simply with less. I strongly suspect most of those having this conversation were financially secure--then again, that's where the "voluntary" comes in. There was a strong Christian bend to many of the books and conversations that went on in those days.

While this quote is attributed to everyone from Ghandi to bell hooks, it apparently started life as a bumper sticker.


Minimalism is the new Simplicity

Of course you remember  Marie Kondo's book The Lifechanging Magic of Tidying Up. Can you believe it came out in 2011? Nowadays we all know what it means to Kondo a drawer.

Then came the Minimalists, with their road tour, podcast, blog, and book, Everything That Remains. If you search for books with the word "minimalist" in the title, you'll be absolutely swamped. (Does that qualify as irony?)

There were buy-nothing challenges that encouraged people to mend, trade, or do without new purchases for a full year. And now, there's The Gentle Art of Swedish Death Cleaning, which may be one of the best book titles in all of history.

What have we learned from all this? Well, that there's a tidy business to be made in selling people books about doing without. There's also a yearning for a life that we imagine as simple, unstressed and free of manipulation by advertising agencies. The jargon changes, but the underlying impulse remains the same.

If you're looking for me I'll be on the couch in my messy, cluttered living room in my house that has at least 2 rooms we never use, reading a book about tiny homes, and dreaming of a simple shack in the woods.