I was wandering the internet today, instead of cleaning house as I was meant to, and first I came across the memory of rain, which is not only a nice book blog, but one with beautiful and sweet art prints AND a serial story being written. From there I stumbled across Meanwhile, in Rivendell... and amongst other fun posts came across one in which she listed all the Oscar Winning Best Picture movies she'd seen. I don't watch many movies these days, and I had no idea which winners I'd seen along the way, so I decided to investigate and share my thoughts with you.

There have been 91 best picture winners, and I've seen 21 of them. The oldest one I've seen is 1962's winner, because I've never really sought out old movies, even classics. I suspect being raised without a TV also affected this, as many of my contemporaries would have seen these broadcast back before you could just rent whatever movie you chose.


1962: West Side Story
I'm not even positive I've seen all of this, but I can picture a few scenes and hum enough songs that I think I must have at some point.

1965: My Fair Lady
Again, I'm not entirely sure I've seen the movie, although I played in the orchestra for a high school production of the play, so I still know it backwards and forwards!

1966: The Sound of Music
I know it's cheesy, but I fell in love with the soundtrack as a tiny child (I even know exactly where our record skipped in "So Long, Farewell"), and have seen it on screen as well as on stage several times. And I will always love it, and I will always maintain that Julie Andrews should have been given the lead in My Fair Lady. 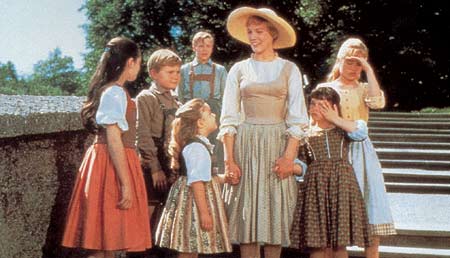 1976: One Flew Over the Cuckoo's Nest
Okay, I think this is the last one I'm only somewhat sure I've seen. The copy of the book that my sister had, which I read repeatedly, had several pages of stills from the movie in it, so it's possible I'm just remembering that. But I think I remember the whole scene at the end, with Jack Nicholson's character lobotomized.

1982: Chariots of Fire
If you are young, you have no idea how remarkable the theme music to this was. It starts up in my mind every time I hear the movie's title. And those 80s interpretation of 20s style, especially the floppy hair--swoon.

1983: Ghandi
It sounded deadly dull to me when it came out (then again, I was 12), but I saw it with friends in 1990, and loved it. We all found it refreshing to have the British be the colonizing a-holes instead of the US.

1985: Amadeus
One of my favorites on this list for sure. I saw it in Norway on a summer exchange program, and the gloriousness of the music and costumes, the bawdiness and the tragedy, has remained with me ever since. I don't care if it's not historically accurate, it's emotionally true.

1988: The Last Emperor
The last sentence above holds here as well. Fascinating story, though of course, the only line I remember is the incredibly cringe-worthy "She's not my [wet]nurse; she's my butterfly!" The Oscars in the 80s, it seems, were all about worthy costume dramas.

1989: Rainman
Ah, the good old days, when Tom Cruise was just a pretty face in great movies and not a known weirdo. Dustin Hoffman was incredible in this too. It's dated in its understanding of autism, but it was really something at the time.

1991: Dances with Wolves
Ooof. Speaking of dated. I'm embarrassed to say I adored this movie when it came out. White savior bullshit and all. I was pretty seriously crushing on Kevin Costner in those days too. Let's just move on.

1995: Forrest Gump
Oh NOOOOO! I hate this movie! So dumb! So insulting! YICK. I feel like this and Ghost and Pretty Woman all came out the same summer and they were all the kind of movie you enjoy at the time, and then think about critically for two seconds afterwards, and realize THIS IS GARBAGE. Except for Whoopie Goldberg in Ghost and that brown and white polka dot dress Julia Roberts wears to the horse races in Pretty Woman.  Which I'm going to show a picture of here, to save dear Tom Hanks the embarrassment.

2000: American Beauty
Oh, sadly my memories of this have been tainted by all the icky Kevin Spacey stuff we've learned. It's definitely not a fun movie, but it was fascinating and surprising and heart breaking. 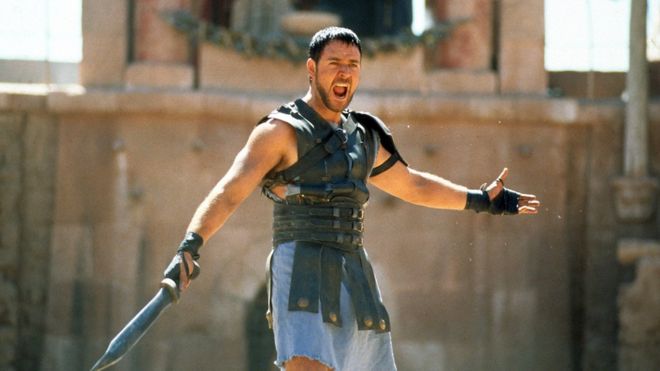 2002: A Beautiful Mind
Now, this Russell Crowe film seems like an Oscar winner. Again, would we represent schizophrenia quite like this today? Probably not. But I liked this movie.

2003: Chicago
The only movie I've really liked Renee Zellweger in. Also the first musical to win in a long time, eh?

2004 Return of the King
I haven't rewatched any LOTR since the last one came out, but yeah, these are amazing films, and I'm glad one got honored.

2005 Million Dollar Baby
If you've seen one boxing movie, you've seen 'em all, but the two leads are powerhouses.


2006 Crash
This is another film that won the award, but has come under scrutiny later. I was a big Matt Dillon fan back in the day (I seem to be spending half this post objectifying male actors), so I liked seeing him in something, even if his character was despicable. I hated the scene where the "good cop" shoots the "good black guy."

2009 Slumdog Millionaire
Sheer delight. I thought it sounded boring, but I'm glad my husband made me watch it anyway. 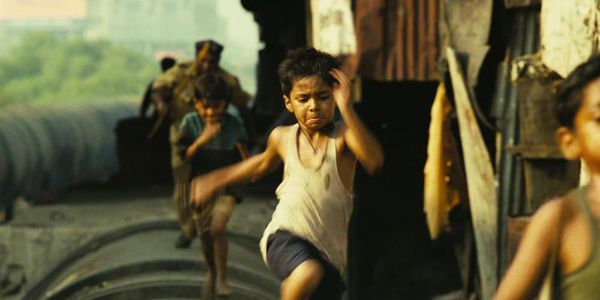 2011 The King's Speech
So it's been almost a decade since I've seen an Oscar winner, as this is the last of the bunch. It was so, so, so good. Another favorite from this list for sure. My dad was old enough to remember things like the two princesses wishing the children of the Commonwealth a happy Christmas over the radio, and I've always been intrigued by this between war era.

Email ThisBlogThis!Share to TwitterShare to FacebookShare to Pinterest
Labels: me-me-me, not so book related, tags